Eddie, born in West Lancashire, has lived in Lathom for the last 28 years. Staunch supporter of the Green Belt and maintaining essential council services, he seeks to support local business and community by creating a safe, healthy environment with minimal council charges. Eddie is available to help local people and be a voice for the residents of Newburgh Ward.

Eddie became the Deputy Chairman Political for the Association in March 2017.

Eddie became the County Cllr for Burscough and Rufford in May 2017.

He can be contacted by- 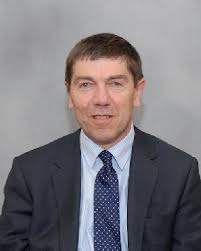