David has lived in Hilldale for over 20 years. He is married to Jane & they have one daughter. He has been a member of Hilldale Parish Council for the last 3 years. Since being elected to West Lancashire council last year David has visited virtually every house in Parbold, Hilldale, Dalton & Bispham personally. This has enabled him to get involved in sorting out numerous problems in the ward that have come to his attention. 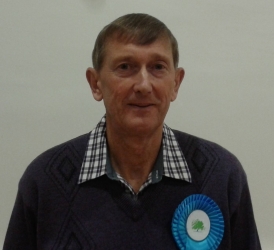