David is a retired senior bank manager, a trustee for a number of local charitable organisations and governor at two local schools. A very experienced councillor who has represented Aughton & Downholland Ward since 2002. David was the County Councillor for West Lancs East until 2017.

David was the 2017 County Candidate for Ormskirk. 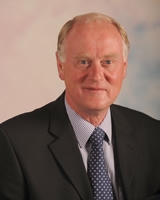