David has lived in Lancashire all of his life, he is married with three grown up sons. He has been a WLBC councillor since 1976 apart from a brief period in the 80s.

David is the Conservative County Councillor following the 2017 County Elections for the new division of West Lancs West. 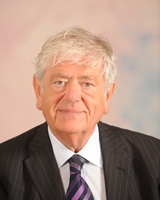