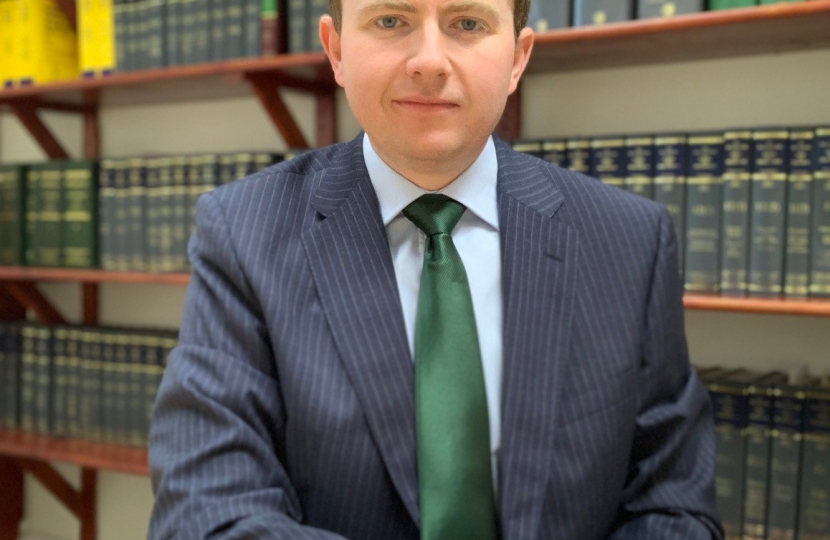 Local solicitor Michael Prendergast has been selected for the Conservatives in the West Lancashire by-election.

The 38-year-old is a Conservative councillor in Southport and has two children with his wife, Caroline. If elected as the Conservative MP for West Lancashire, Michael said he would ensure that people’s priorities in the constituency are heard in Westminster.

At a local level in West Lancashire, there are ongoing concerns and issues regarding potential residential developments in the area and the scale of the proposed Local Plan put forward by Labour. The views of local people need to be considered and Labour can't simply ignore the legitimate concerns that residents have.

We also need to see investment in our local infrastructure, such as the restoration of the Burscough Curves and a re-examination of the proposed funding for a Skelmersdale train station.

In May last year Michael was elected as the Conservative councillor for Dukes Ward in Southport and as Deputy Chairman he ran and organised the local election campaign for all seven candidates in Southport. In May this year, he was appointed as Leader of the Conservative Group on Sefton Council.

Outside of politics Liverpool FC fan Michael was a founding member of the Rotary Club of Southport Sunrise and has raised money for both the Mencap and Whizzkidz charities by running the London Marathon.

I believe it is time for a change here in West Lancashire, which is why I’m standing for the Conservatives here. I know there are difficult times ahead for everyone, but it is now more important than ever to get on with delivering a meaningful domestic and international agenda that will help shape and improve the lives of people for generations to come, which I believe only the Conservatives can do.