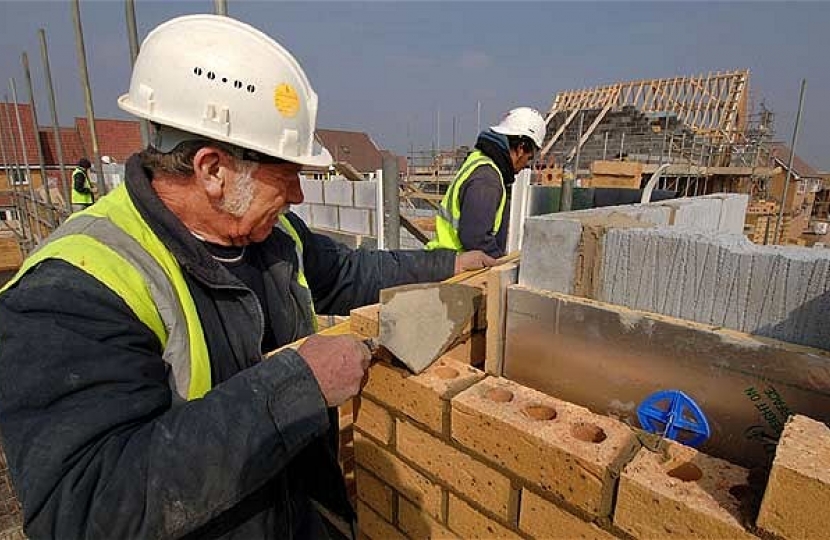 Residents of Skelmersdale are benefiting from the £5.5 million Firbeck Revival project which is transforming the estate and improving their homes.

Two rows of terraced houses have been upgraded to showcase improvements that will be carried out on other properties on the estate. The houses have been fitted with double-glazed uPVC windows and doors along with new roofs and internal roof insulation. Outside, they have a fresh new look thanks to external wall insulation, new canopies over the front doors and the removal of the old brick bin stores.

The council-owned properties on the estate have already been given new kitchens and bathrooms, and work on the outside of the properties – as demonstrated by the show homes – will begin later this year.

Elsewhere on the estate, demolition work is under way on 10 three-storey blocks of flats. The Council has assisted the residents to find new homes.    A cross-party group of councillors recently agreed that consultations should start soon on building up to 44 new council homes on the estate to replace some of the flats with homes that meet modern requirements of today’s families.

The Council has launched a grant scheme to enable owner-occupiers to benefit from the Firbeck Revival. Property owners will be able to apply grants to pay for improvements to their homes including new roofs and external insulation. They would have to repay the grant if they sold the property. The Council is contacting all the owner occupiers to talk to them about the scheme and the options available.

The Firbeck Revival project was drawn up following consultation with tenants and residents about how they wanted their homes to be improved and the Council is already receiving feedback from people who are delighted with Firbeck’s new look.

Bobby Owens, who lives in Firbeck with his wife Carol, said: “The work that has been done so far throughout Firbeck has been brilliant. We will be getting new energy insulation which will be a big help with the heating bills. Cladding is also being put on the outside of our house, which looks really nice on the houses which have been completed and will also help with the heating bills.

“Once everything has been donethis will make a massive difference to Firbeck. You can already see the improvement on the block that has been completed from as far away as Birch Green Road. It looks wonderful.”

Cllr Adrian Owens, portfolio holder for housing finance, said “I visited Firbeck and was absolutely delighted with the improvements that I saw.. I am particularly pleased that we are now able to offer grants to owner occupiers and I hope they will take the opportunity to be part of the revival.  The plans to build new homes on Firbeck shows that the council is ambitious to transform areas that are in need of revival and we will be announcing plans for a second revival scheme very soon”

Cllr Val Hopley, portfolio holder for landlord services, said: “Tenants told us what improvements they wanted, and now we are delivering those improvements. Homes are not only smarter, but will be easier to heat thanks to the external wall insulation. I’m delighted that this long-awaited project is turning out to be a great success.”

It is anticipated that this phase of work on the Firbeck Revival project will be completed during 2014.