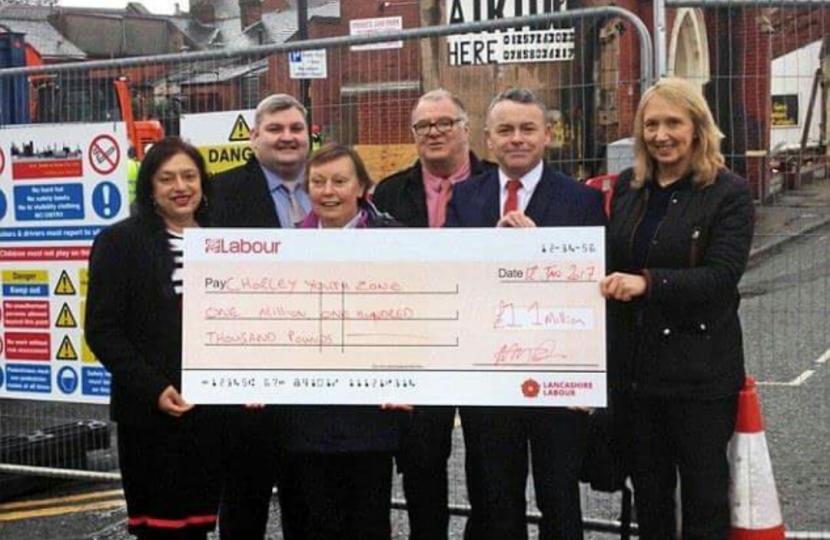 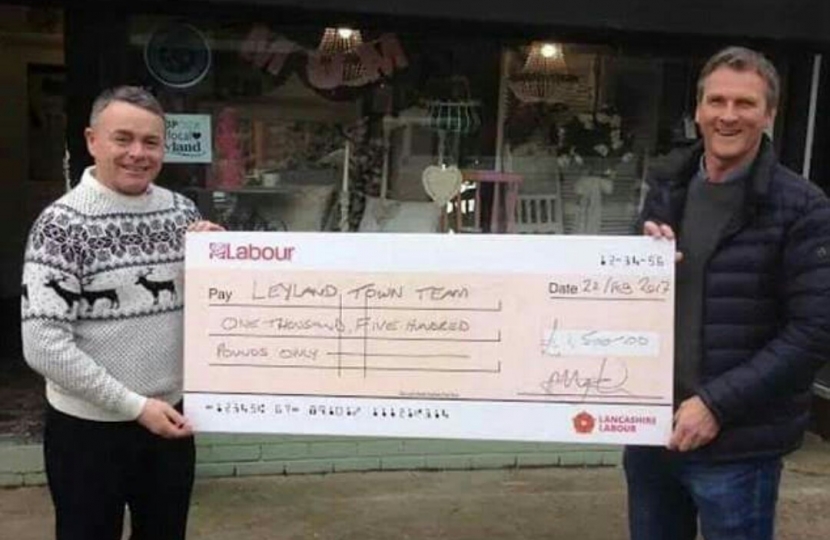 Labour politicians have been accused of misleading voters after posing for pre-election photos which imply grants that came from taxpayers' funds were gifts from party coffers.
Tories have reported the local councillors to police for alleged 'misconduct in public office', claiming the publicity stunts are 'designed to mislead' voters.

In a series of posts on social media, councillors held aloft giant cheques emblazoned with 'Labour' as they took credit for the award of public funds for a variety of local projects, in the run-up to the local elections on May 4.

Matthew Tomlinson, from Lancashire County Council, is pictured handing over a cheque of taxpayer cash - emblazoned with his party's logo.

In one, Lancashire County Councillor Matthew Tomlinson, the Labour-controlled authority's cabinet member for young people, is pictured 'handing over' an outsize £1.1million cheque – bearing no trace of the county council's name – to a youth project in Chorley.

Minister for local government Marcus Jones said: 'It is disappointing that Labour politicians have chosen to deliberately mislead the public.
Taxpayers' money should never be used to fund political publicity and serious questions should be asked about the use of public funds for pork-barrel politics.'

Mr Tomlinson – recently snapped with Jeremy Corbyn as he campaigned in Lancashire prior to the elections – appeared on two more posts for other projects.

On social media he boasted of a £1,500 grant to Leyland Town Team for its Christmas lights and £2,000 for repairs to a bowling club in his area.

But Cllr Tomlinson denied any attempt to mislead. He said: 'They're not real cheques, they're a publicity stunt.

'No one could seriously think that having a cheque that highlights I'm a Labour Lancashire councillor is anmislead the public and they've been subsequently cleared by the county council's legal department.

'We've never tried to say it's a gift from me or the Labour Party, but as you say, there's an election coming.' 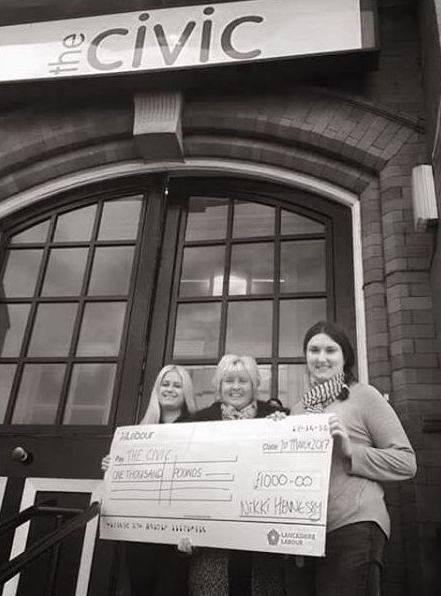