Council to commemorate the centenary of World War One 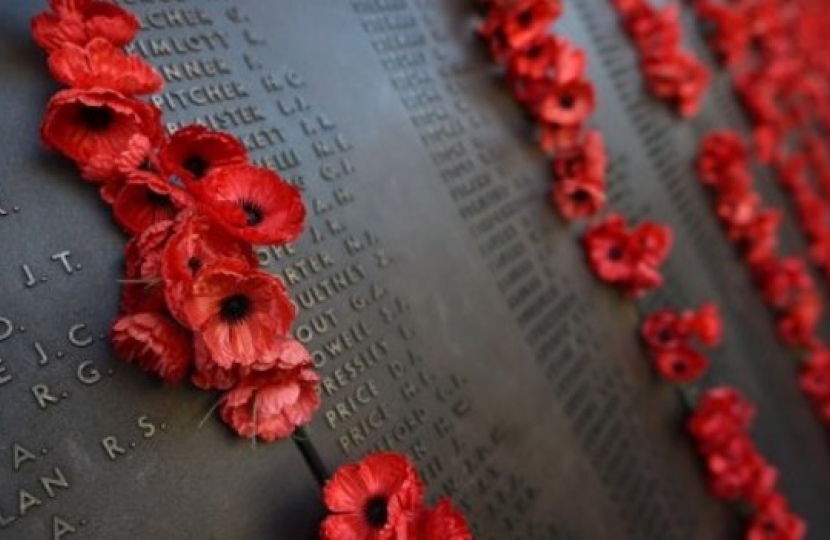 The Council is honouring the sacrifices made by men and women who served in the armed forces by marking the 100th anniversary of the end of World War One.

The Council has bought three 'Silent Soldier Silhouettes' from the Royal British Legion which have poppy emblems and a base plate plaque with the text 1914-1918 and 'Lest we forget'. These will be placed at the war memorials in Ormskirk, Skelmersdale and Burscough in October.

Around the time of Remembrance Sunday the Clock Tower in Ormskirk and the Light Cube in Skelmersdale will be coloured red to show wider community respect for the commemorations.

On Remembrance Sunday on 11 November 2018 a piper's tribute will play 'When the Battle's O'er' in Coronation Park, Ormskirk at 6am to mark the time when the Armistice was signed 100 years before.

Veterans' organisations, the Borough Council, and a number of Parish Councils and local churches will be organising Remembrance Sunday Services during the day in Ormskirk, Skelmersdale and across West Lancashire as they do each year.

Then in the evening a beacon will be lit in Beacon Country Park at 7pm as West Lancashire joins more than 370 Councils and 1,000 beacon sites across the country in this collective act of respect and recognition. Prior to the lighting of the beacons at 6.55pm the Last Post will be played across the country.

The Borough-Council owned Chapel Gallery will host a World War One Heritage Project recognising the role of Women during World War One, focusing on a number of women with strong links to West Lancashire. The Council has been successful in securing funding from Heritage Lottery to develop this in partnership with Edge Hill University and Ormskirk and District Family History Society. The exhibition "Opening the Gates", will involve local schools and is planned to run from 6 October 2018 until 19 January 2019.

Kim Webber, The Chief Executive of West Lancashire Borough Council, said: "West Lancashire is very proud of its links with the Armed Forces and the Council is proud to play its role in in recognising the importance of commemorating the centenary of World War One. We will all gather with great pride at Remembrance Sunday Services and other events to pay our respects to those who have made the ultimate sacrifice.”

The Borough Council will also be cleaning its memorials and working with Up Holland Parish Council to re-gild the name plaques on Up Holland War Memorial.

Residents who get a fruit tree through the authority's Free Tree Scheme will also be given a pack of Flanders red poppy seeds.

The popular War Horse Walk leaflet has been relaunched and is available from the Council Offices, the Customer Service Point at the Concourse Shopping Centre, Skelmersdale, Ormskirk Library and can be downloaded from Discover Ormskirk (external link).