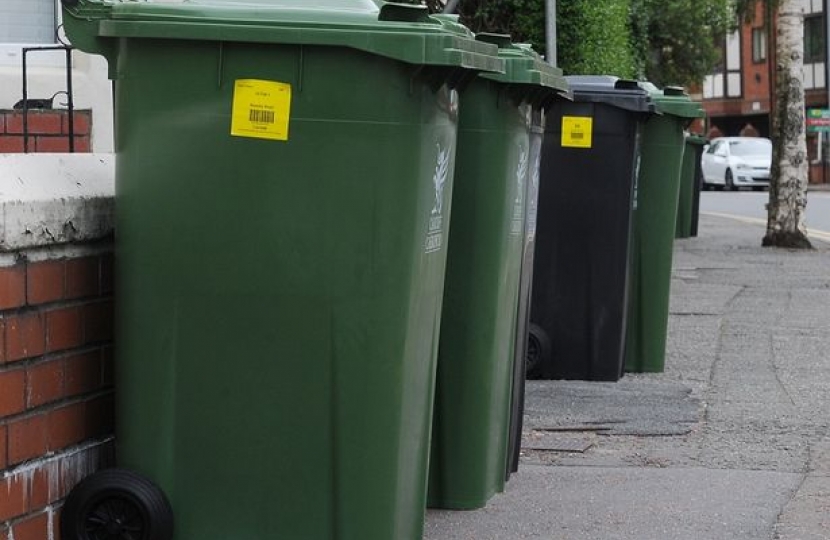 The Conservatives on West Lancs Borough Council are to force a debate at the July Council Meeting on Labour’s recent decision to stop emptying Blue Boxes and Bags as well as their imposition of the £25 charge for a new Blue Wheelie Bin.

The Conservatives have done this by tabling a Motion for the Full Council Meeting on the July which, if approved, would require the Council to:

Conservative Leader, Cllr David Westley, said: “When the Conservatives introduced the Blue Wheelie Bin in 2013 it was offered free of charge to every property in the Borough but residents were also given the option of continuing to use their Blue Box and Bag. The way Labour allowed the recent changes to be slipped in under delegated authority without any debate was underhand and downright unfair. The Conservatives have always seen Refuse and Recycling Collections as essential frontline services that are funded by Council Tax and not by the imposition of additional charges.”

Cllr Westley, also said: “I have recently met with the Council’s Chief Executive to discuss my concerns about how the recent changes in policy were introduced and urged her to bring a detailed Report to the Full Council Meeting in July. My hope is that a full debate on the matter will make Labour realise the widespread public dissatisfaction that has been caused and that they will agree to the Conservative proposals.”